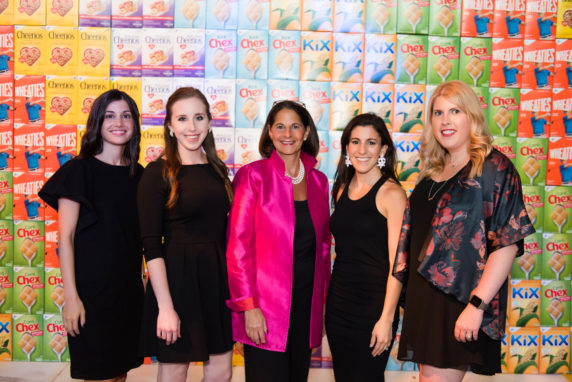 Can you imagine the stories you could tell if you were at the forefront of the event industry for 30 years? The highs, the lows, the trends you saw come and go (and ones that you wished would never return!) would all be a part of the tapestry you have woven throughout the decades. Here in Pittsburgh, Sheila Weiner, founder of The Event Group, has planned it all, from over-the-top weddings, to celebrity parties, to dignitaries at dinner. But what’s it like being behind the #SEEN for all of these years? I chatted with Ms. Weiner to learn more about what it takes to thrive in this industry for three decades.

“It seems like just yesterday,” said Ms. Weiner as she settled in. After working as a high school teacher, then a lawyer, she was looking for something different to do. “You didn’t go to school for this like you do now,” she said. “So, I schooled myself. I traveled for over a year and worked with different planners to learn how to do this confidently before opening my doors in 1987.” Ms. Weiner employs five people full time and works with up to 28 people during event set up and production.

Why did you want to be a planner? “My husband suggested it,” she laughed. “He said I was always so organized and creative, and I was already helping nonprofits plan events as a volunteer, so I explored what I could do.”

Why would someone want to consider hiring a planner? “As an independent planner, we see the event the whole way through from pre-planning to on-site supervision. We can actually help people save money because we know how to allocate to get the most out of your budget. For example, if a couple wants shrimp cocktail at their reception, but maybe has a tighter budget, we could suggest passing them instead of having them sit on a buffet where people are guaranteed to eat more. It helps control costs. Little things like that can make a big difference.”

Speaking of differences … what are the biggest differences you see between being a planner now and when you started in the ’80s? “Technology has changed everything. It used to be that you were a planner in your own backyard. Now, you can plan for anyone, anywhere. Customization has become such a big thing now. It’s not enough to have a party. You have to create a brand for your party. Because of Pinterest, couples come to me much more educated about what they want, which was not the case when I started. Mom and grandma used to plan the weddings. Now couples are getting married later, paying for the event themselves and want it to be a reflection of who they are. Instead of a guest book, they may have guests sign a surfboard or a piece of furniture that they will keep in their home. In the corporate world, you don’t check in with a pen and paper anymore to a conference. You register online, you check in via iPad, you can view vendor portfolios online; everything is digital.”

What are some of the most star-studded events you have done? “We’ve worked with sports stars, celebrities and international dignitaries. While we always respect the privacy of our clients, I can tell you that we planned Ben and Ashley Roethlisberger’s wedding as well as Andrew and Marie McCutchen’s wedding and other private events. Our team has planned events that included Sarah Ferguson, Duchess of York; Madeleine Albright; Henry Kissinger; Jon Stewart; Sen. Al Franken; Patti LaBelle and more! In 2006, we planned the All-Star Game VIP event for over 5,000 that included the Commissioner of baseball, team owners and players. We have coordinated events that included from 10 to 10,000 attendees.

What were some of your most memorable moments? “That’s almost an impossible question because all are memorable! But, I remember one particularly unusual two-day event for a small group of international high-level business executives. Among the activities that we planned we coordinated a wonderful dinner with red silk menus that were written in both guests’ language and English and had the guests name in gold on the front. Each person at the meal had their own waiter, and as customary, one waiter put the plate on the table in front of the honored guest before the others as a sign of respect. It was a great experience to learn another culture’s event etiquette.”

Any hiccups along the way? (She laughs). “You will have those moments where things are completely out of your control, and you have to think on your feet. For example, there was this one wedding where the cake was knocked over before the ceremony began in the back kitchen. Luckily, it was from a local bakery that was able to create an exact replica and sent it over before the dinner began. They didn’t even charge us. I told the client after the fact, but luckily no one’s day was ruined!”

Any trends that you see in the future? “Everyone wants experiential. Not just a bachelorette party, but a bachelorette weekend. Instead of opening gifts at the baby shower, have them brought without wrapping on them and display them so everyone knows who gave what. Instead of using that time for that, guests can enjoy making their own floral bouquets or soaps at a DIY bar that it set up at the party. Interactive is the key word. In terms of decor, mixed items, soft seating, upholstered seating mixed in, LED lights that can change the color of a room with a switch … these things are popular. Imagine how fun it is at a gender reveal party for a baby if you switch the lights and the room glows pink!”

Any upcoming events that you want to share? “To celebrate The Event Group’s 30th anniversary, we are partnering with the Greater Pittsburgh Community Food Bank to host the Fly Away Bash at the their headquarters on Friday, September 8th. We are thrilled to donate our services to help support the Backpack program, which last year provided 385,000 meals to local children in need. We encourage people to pack their bags for a weekend trip because six guests will leave right from the event on a private jet to NYC as a prize! Additional giveaways include a trip to Bedford Springs or a staycation at the William Penn Hotel. We’ve been so fortunate over the years and we just want to celebrate by giving back. For more information on the event: pittsburghfoodbank.org/flyaway.”